Why Nestlé is Evil: It goes beyond infant formula….

I’m just going to list links to various news stories, etc that will explain why I think Nestlé is a bad company.  I routinely talk about Nestlé on my Facebook page, so join me there to continue to be updated.

In the photo album on my page, Boycott Nestlé, I’ve compiled many Nestlé photos and ads.  Here’s just two: 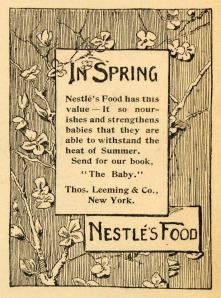 June 2012, Business Insider published an article called “Every Parent Should Know the Scandalous History of Infant Formula” which covers the history and why formula companies, especially Nestlé, are predatory companies that undermine breastfeeding.  Nestlé has gone into developing poor countries and promoted infant formula, which has lead to many deaths because of the lack of clean water sources to prepare formula safely.  And many families cannot afford to purchase formula after the free samples stop and by that time, the mother’s milk has dried up.  Boycotts of Nestlé have been going on since the early 1970s. 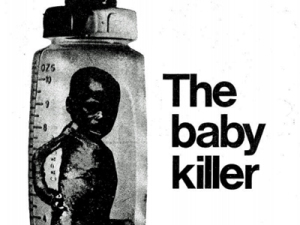 “The Baby Killer,” a booklet published by London’s War On Want organization in 1974.

KnowMore.org gives more history about Nestlé, including criticisms of other business practices they’ve done with the environment and human rights:

link to their history: http://www.knowmore.org/wiki/index.php?title=Nestl%C3%A9_S.A.

Baby Milk Action is a fantastic organization that works tirelessly to protect infants that are fed formula.  They are a watchdog group that uncovers predatory marketing and they have been very involved in Nestlé boycotts. 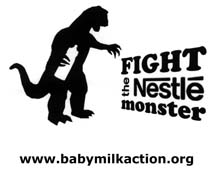 I encourage everyone to go to their website and read up on all the companies and see how marketing is truly undermining breastfeeding rates in the world.  Here is some of their info on Nestlé: http://info.babymilkaction.org/monster

Unicef has put out a documentary on infant formula marketing and it’s affects in the Philippines, called “Formula for Disaster”.  Nestlé is very active in that country.

INFACT Canada, the Infant Feeding Action Coalition, works at protecting breastfeeding.  They also have information on their website about why Nestlé should be boycotted:
http://www.infactcanada.ca/nestle_boycott.htm

U.K. based newspaper, the Guardian, ran a story in May 2007 on Nestlé, entitled, “Milking It”, which covers the history of the company and why people boycott them.

In January 2013, a video came out of former Nestlé CEO, Peter Brabeck, saying that water is not a human right and it should be privatized:

Many bloggers have also compiled their reasons for boycotting Nestlé.  Some examples:

PhD in Parenting: Why I Protest Nestlé’s Unethical Business Practices

According to this site, Nestlé tests on animals: http://www.nesteacrueltea.com/ActNow.aspx

Greenpeace launched a large successful social media campaign in 2010 in protest of Nestlé’s destruction of rainforests and killing of orangutans:

I will continue to add to this page as I come across information and news stories.  In the meantime, here are pics and links to lists of Nestlé products to avoid: 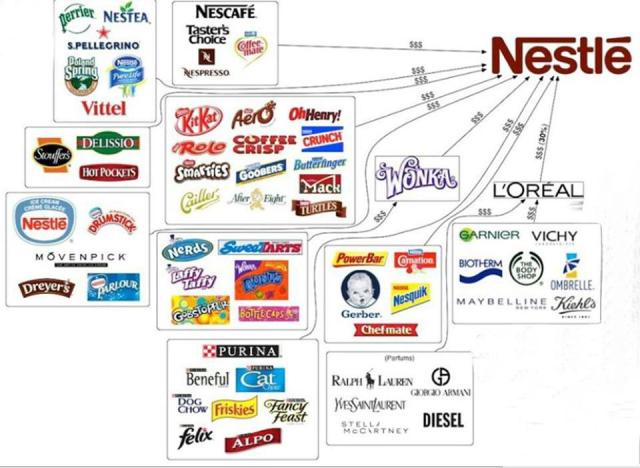 To stay up to date, please join me on my facebook page: www.facebook.com/unlatched

or visit these other pages and groups:

36 Responses to Why Nestlé is Evil: It goes beyond infant formula….